Sign up with your email address to be the first to know about new products, VIP offers, blog features & more.

About Me - why I walk differently

I was born in 1971 with Developmental Dysplasia of the Hips (DDH for short). The treatment for this was often to put you in double nappies to hold them in place. If that didn’t work then they’d pop the hips back in place in surgery, and then hold them there in a big plaster-cast called a Hip Spica (modelled rather fetchingly by me in this picture, aged 1). I actually have fond memories of ‘helping’ mum and dad replace the plaster over the knees where I’d worn it out crawling. It was like papier-mache with your own legs, which when you think about it is very cool! 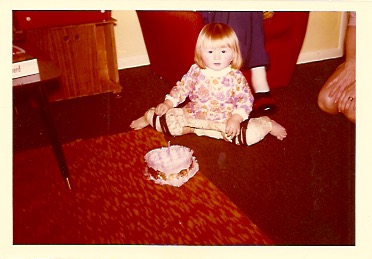 For many kids born with DDH, they’d be out of the Spica and walking after a while. But I was different. Whilst the ball at the top of my right hip is too flat, so it doesn’t rotate properly, the left side was the real challenge. The ball was little more than a pin-head and the socket on the left side was just plain missing. And my knees and ankles were a bit odd too. They’re very loose and just don’t want to stay in place, apparently.

I was lucky to be born in Sheffield – home of the leading paediatric orthopaedic hospital in the UK. So, after 9 pioneering operations they managed to hitch the femur to a bit of pelvis with muscles grafted from elsewhere. And I then learned to walk. More of a lurch sometimes to be truthful – but it got me from A to B quite well really. Finally, by way of a couple more operations aged 7 and 16 (when I had leg lengthening surgery) I had a hip replacement aged 32. I’m now a real-life bionic woman who walks with an ‘unusual’ gait.

I live in Walton on Thames with my partner and over-indulged cat. I’m a marketing consultant by trade and I love to swim, sing in two choirs and walk most Sundays with the Bearcats club.

I’m currently on a personal journey to understand myself better, and how my different-ability has influenced who I am today.